Two book reviews which also appeared in this week’s column in the newspaper. Dreambender is a middle grade dystopian novel and Nora & Kettle is a young adult historical fiction novel. 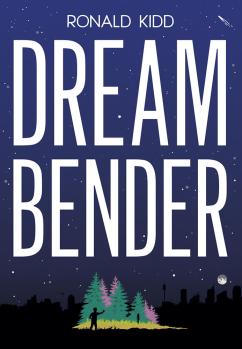 Callie is a computer in the City. She works with numbers and she shouldn’t dare to dream of anything more, especially not singing…but she does.

“Dreambender” written by Ronald Kidd is a dystopian novel reminiscent of “The Giver”. The oppressive government (dreambenders) seek to control the City dwellers by manipulating dreams. While the concept is interesting and this world could be incredible, the story didn’t quite make it to that level.. Too much time is spent preaching about the morality of manipulating a person for the greater good, leaving the reader to feel as though they are being taught a lesson. Subtlety is not the strong point of this novel, and neither is character development or pacing. The characters feel flat and the story rushed. There are too many big ideas going on with none of them properly developed.

While some may enjoy this book, there are better dystopian novels available for middle-grade readers. 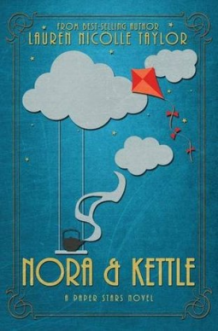 Set in 1953, following World War II, Nora and Kettle live two vastly different lives that will intersect in a way they never imagined. Kettle, a Japanese American and an orphan, roams the streets following time spent in an internment camp. Nora, daughter of a high-profile civil rights lawyer, dreams of a life outside her brownstone walls. One poor, one rich, both struggling with the life they’re living, Kettle and Nora find themselves thrust together when each is at their breaking point. Nora wished to fly away. Will a boy named Kettle finally set her free?

“Nora & Kettle” written by Lauren Nicolle Taylor explores the hidden lives of two teenagers, drawing inspiration from the tale of Peter Pan. Kettle, a resourceful, hard-working street kid, is often assumed to be a thief, and Nora, a troubled, abused girl, is assumed to be a spoiled rich kid. Written quite lyrically at times, the prose is a bit too vague to begin with as the author strives for suspense and instead leaves the reader grasping for details. Once major plot points are revealed, the story comes into focus and Nora and Kettle develop as more than just characters in a book. An engaging read reminding the reader that people are not always what they seem. Best for ages 13 and up, due to repeated descriptions of domestic violence.

Thank you to Net Galley for a copy of this book in exchange for my honest review.